Things To Collect - That Won't Break The Bank


This lighthearted review gives me an opportunity to promote a number of charming collectibles. If you decide to snap-up one of the items listed below, I may receive a small commission at no extra cost to you. 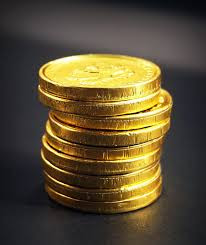 We collectors are a tenacious bunch. It seems we're ever searching for the perfect whatnot to obsess over.

With that in mind, I eagerly put my nose to the grindstone and carefully compiled this list of appealing, yet affordable, doodads.

Whatever the size of your budget, you're bound to stumble upon a thingamajig or two that catches your eye. 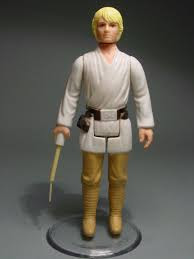 The very first Star Wars movie (Stars Wars: A New Hope) arrived in theaters on May 25th, 1977 and instantly struck a positive cord with audiences.

After the release of The Empire Strikes Back (1980), and Return of the Jedi (1983), fans simply couldn't get enough of the sci-fi/fantasy thriller.

Because of the success of the movie trilogy, Kenner Products manufactured a line of approximately 100 Star Wars action figures from 1977 to 1985 (the actual number is a subject of debate).

are still a hot commodity among Baby Boomers and Generation Xers. Some of the more popular figures are listed below: 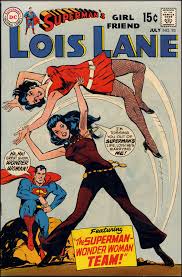 What's more, these colorfully paperbacks can also serve as a viable alternative investment for collectors (providing that they stock sought-after editions).

And because comics are categorized by era's or date ranges, many are inherently linked to historical events.

Although experts somewhat disagree on the dates, the most noted comic book era's are:

Before you start shelling out your hard owned dough, it'd be wise to spend a little time on popular sites like: ComicsAlliance.com, ComicBook.com, IGN.com, CBR.com, and of course the comic book section of eBay.

As you're conducting your research, keep your eyes peeled for first editions; editions that introduce characters for the first time, and popular titles or series.

It's also a good idea to take advantage of comic book lots.

Comic book lots can be snagged for as little as fifty dollars or less, depending on the quality of the publications. However, lots with genuinely rare or highly sought-after comics may cost considerably more.

And finally, only buy comics that are in good to mint condition. 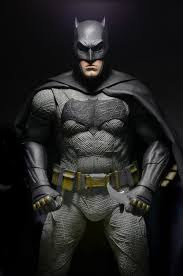 Whether he's called The Dark Knight, The Caped Crusader, or some other epithet; Batman is hotter than ever.

The Batman first appeared in Detective Comics issue #27 (published in May of 1939). The comic's artwork was designed by Bob Kane, the narrative was composed by Bill Finger.

Since his inception, The Masked Man Hunter has inspired literally hundreds of worthwhile collectibles. Some of the more popular items include:

It may also be a good idea to take a peek at some the masterfully crafted custom Batman figurines that are being offered on eBay. 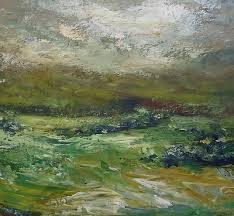 If you're an art enthusiast, you may appreciate an OOAK miniature painting,

or an ACEO works of art

Works of this sort are readily available on eBay and are generally very affordable. In fact, an argument can be made that eBay is partially responsible for creating the OOAK and ACEO markets.

The appeal here is that a savvy collector could snap-up any number of these mini gems without going broke.

That being the case, investing in ACEO and OOAK works is a great way for genuine art lovers to discover aesthetically appealing original pieces. 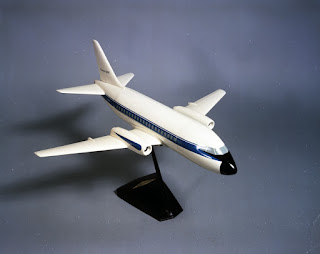 Airline enthusiasts have been amassing a wide variety of aviation memorabilia ever since the first U.S. passenger service started in 1914.

And because scheduled flights from pioneering commuter services were very limited in number prior to 1930, pieces from that period

are genuinely sought after.

Curiously enough, a good number of airline executives collect model airplanes for the sole purpose of displaying them in their office. This is especially the case in China (one of the world's largest producers of model planes).

In fact, when airline executives greet one another; instead of shaking hands or bowing as they do in China, they often exchange model airplanes. 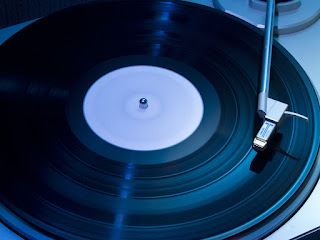 According to the most recent annual music consumption report from BuzzAngle, vinyl albums accounted for roughly 9.7 million dollars in sales in 2018. That's an increase of roughly 12% from 2017.

Interestingly enough, 2018 marked the 13th straight year of impressive growth in vinyl sales in the U.S.  Based on data from CNBC.com, this upward trend hasn't slowed and is likely to continue into 2020..

Some of the most collected vinyls in the US over the last two years:

❍  Back to Black (Amy Winehouse)

❍  Dark Side of The Moon (Pink Floyd)

For the most part, the boom in vinyl sales has been accredited to customers who are under the age of twenty-five and Millennial's, with men being the most active buyers.

Industry experts believe that vinyl albums have increased in popularity because of their excellent sound quality. They also suspect that vinyl is sought-after because it provides collectors with a real since of ownership - unlike CDs, MP3 downloads, or streamed music. 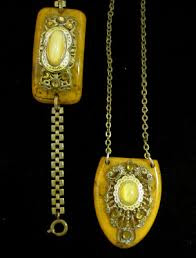 Authentic Bakelite trinkets are a treasured favorite among jewelry lovers and collectors.

These genuinely unique body ornaments arrived on the scene in the 1920's and grow in popularity throughout the 1930s and 1940s.

One of the most appealing traits of the Bakelite brand is that it comes in a variety of colors, hues, and shapes. Bakelite is also relatively inexpensive.

Based on my research, pieces that were created during the height of the Art Deco era (1925 to 1930) are especially sought after because of their combination of ebony color Bakelite and rhinestones.

Interestingly enough, at the time of this writing, vintage Bakelite bracelets

were top sellers on sites like eBay and Rubylane. 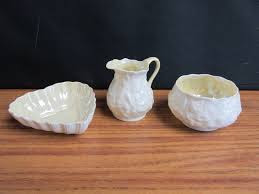 Although the demand for china has decreased over the years, Belleek china

(commonly referred to as simply Belleek) has remained fairly popular with avid collectors.

Oddly enough, Belleek china has very little to do with the Chinese. It actually originated in Northern Ireland in 1857 by Belleek Pottery Ltd.

Because of the success of the brand throughout the late 1800s and into early 1900s, several American companies created their own rendition of the china and audaciously utilized the same name Belleek. 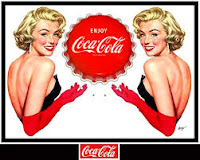 Coca-Cola debuted in 1886 and has since become a permanent part of American pop culture - both literally and figuratively.

Due to the company's marketing genius, and brand durability, there's a notable variety of Coca-Cola collectibles

Some of the most popular items include:

The fact is that there's an over-abundance of interesting Coca-Cola memorabilia to select from.

Keep in mind however, an item isn't necessarily The Real Thing (pun intended) just because it bares the company's logo.

In some cases, you'll need to conduct a little research to determine whether or not a particular Coca-Cola collectible is genuine or an imitation. 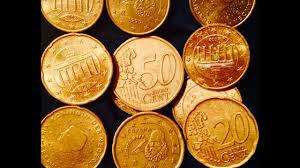 To some degree or another, Americans have been collecting coins ever since the first piece was officially minted in 1792.

Collectors are often drawn to these tiny, flat, circular pieces of metal because of their historical relevance, beauty, and face value.

One of the most collected coins is the coveted Lincoln penny

or Lincoln cent. This is likely because they're relatively easy to source.

If you're in the habit of saving pennies, there's a good chance that you have a few collectible Lincolns lying around. Whether or not they have resale value depends the quality or grade of the coins.

A Little History About Coins

Article One and Section 8 of the Constitution empowered the Federal Government with the ability to coin money.

That is to say, the big dogs on Capital Hill were given the power to create coins and therein standardized the denomination of each piece.

However, based on my research, the constitutional provision said nothing about creating paper money. Interesting!

What's even more fascinating is that Thomas Jefferson once suggested that Americans could actually do without paper money.

The insinuation here is that coined money was considered to be of greater value.  Mr. Jefferson may have been on to something when you consider the fact that investors tend to flock towards gold and silver coins whenever the economy tanks. 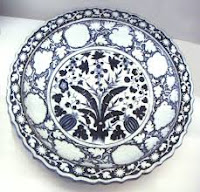 Despite the fact that Delft pottery or Delftware

is characteristically fragile, it's undeniably an appealing collectible.

In fact, Delftware has been a consistent seller on sites like eBay and Etsy for several years.

Because Delft pottery is often decorated with cobalt-blue on white designs, it's generally referred to as Delft Blue. However, multi-colored earthenware (also a type of Delftware) is generally known as Majolica.

Delft pottery originated in the city of Delft (in the Netherlands) during the 17th century, and became extremely popular among the rich throughout the 1600s and 1800s. Consequently, original Delftware from that period is highly sought-after.

Surprisingly enough, Delftware or Delft Blue is merely a cheaper version of real Chinese porcelain. In spite of this fact, it continues to be a favored home decor item. 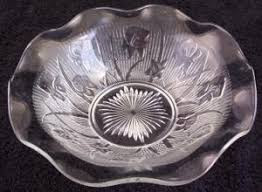 The last collectible on our list is Depression Glass

This stylish translucent glassware (also known as pattern glass) was extremely popular with Americans during The Great Depression era.

At that time, pattern glass was actually used as a marketing tool. Food manufacturers, powdered soap makers, dry goods companies, and even movie theaters gave it away in an attempt to attract more customers.

Although pattern glass isn't quite as popular as it was during The Great Depression, it's still a favored collectible and home decor item.

Some of the most sought-after styles and colors are:

During the mid 1930s, one of the biggest makers of Depression Glass was the Anchor Hocking company. The Hocking company was able to manufacturer up to 90 pieces of glassware per minute. Many of the items were a blend of unique color designs, or limited edition pieces.

For that reason, genuinely rare Anchor Hocking pieces are a hot commodity.

Your comments and suggestions are of course welcomed. 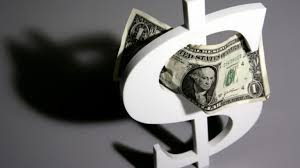 What Makes A Collectible Valuable?

WHAT MAKES A COLLECTIBLE VALUABLE?

WHAT IS EPHEMERA? - A HUMOROUS GUIDE

THE DIFFERENCE BETWEEN ANTIQUE, VINTAGE, AND RETRO COLLECTIBLES

A FEW WORDS FROM BRYAN EADDY